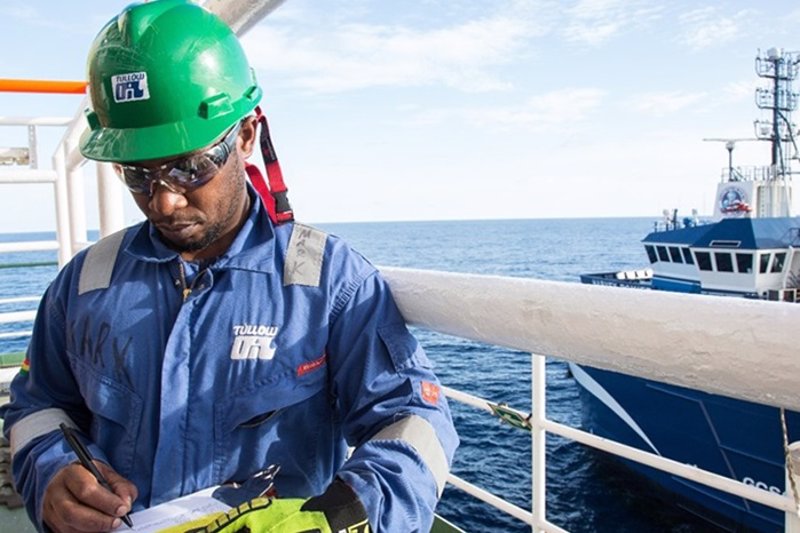 Tullow Oil back in the dark in the first half of the year, boosts free cash flow and reduces debt

tallow oil returned to the dark, increased its free cash flow and took on significant debt during the first half of its fiscal year.

Key to all of the above, the oil explorer refinanced his debts during the period, successfully issued $ 1.8 billion in medium-term debt, and secured a new $ 500 million revolving credit facility.

Production from the group’s working interest averaged 61,230 barrels per day, as expected, for roughly flat sales over the six months to June of $ 727 million.

Tullow also pocketed $ 133 million from the sale of his permits in Equatorial Guinea and for Dussagy Marin.

Together, the company managed to make an after-tax profit of $ 93 million, up from $ 1.33 billion in red ink a year earlier.

At the same time, Tullow also generated positive free cash flow to the tune of $ 86 million, up from an outflow of $ 213 million the year before.

Net debt was reduced to 2.6 times the company’s profit before interest, taxes, depreciation and amortization, from 3.0 times a year earlier.

Looking ahead, Tullow has reduced its production forecast for the full year to 58,000 to 61,000 bpd, aided by the decision to postpone the closure of its Jubilee field and increased production at Simba.

Capital investments and decommissioning expenses have been valued at around $ 260 million and $ 90 million, respectively.

At $ 60 a barrel of oil for the remainder of the year, the company forecasted underlying operating cash flow for the full year of about $ 600 million.

Free cash flow for the 12 months was estimated to be around $ 100 million, up $ 50 million if oil prices averaged $ 70 per barrel in the second half of the year.

These guidelines also incorporated expectations that a payment of $ 75 million from Total would be triggered if a final decision to invest in the development of Lake Albert in Uganda was made before the end of 2021.

How can an IFA help balance a client’s cash flow with ongoing insurance considerations?