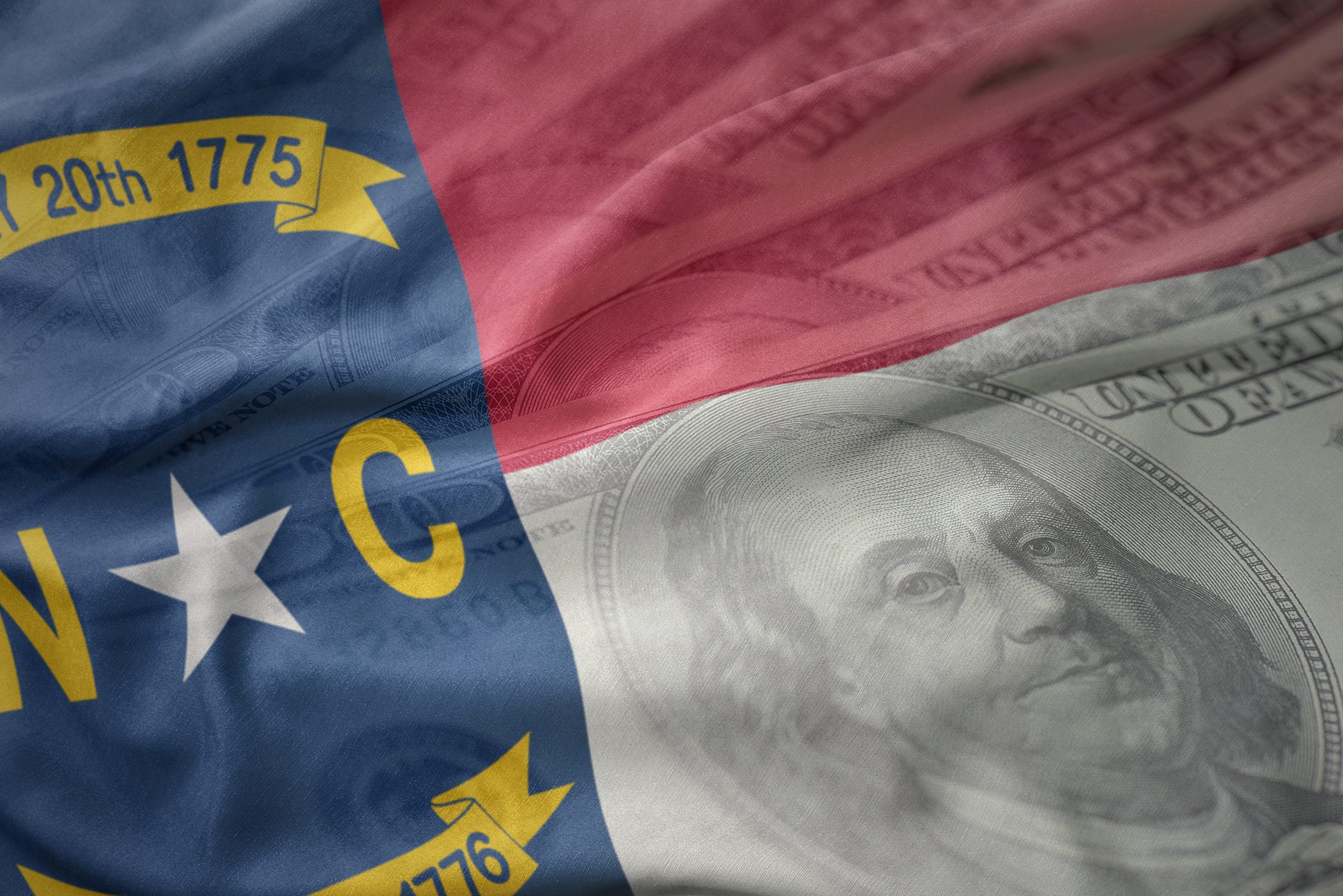 The conference budget released by the NC General Assembly Monday night puts business interests and politics ahead of people while taking North Carolina to a new low on spending as a share of the economy (with the exception of the previous year, FY 2020-2021, when previous government spending commitments were maintained and no legislative budget was passed).

That plan — which was crafted by General Assembly leaders and conference committee-appointed lawmakers with input from the governor’s office, all behind closed doors — will lock in changes to the tax code, including the elimination of corporate income tax and reduction of personal income tax rates, which will permanently reduce the revenue that the state can pay for each area of ​​the budget. This will massively benefit North Carolina’s wealthiest residents as well as out-of-state corporations. The plan also launches the box once again on the road for Medicaid expansion, instead creating a legislative study committee on the subject, and goes against more than two decades of litigation urging the State abide by the state constitution and fund core funding to provide every child with a solid basic education.

The conference budget outlines the state’s proposed spending for the remainder of the biennium, which began 5 months ago in July. The budget will commit the state to spending slightly above the arbitrary spending limits House and Senate leaders agreed to at the start of the budget process — spending $25.9 billion instead of the $25.7 billion previously agreed in June.

Once enacted, this conference budget will become the final budget on which the state will operate for two years, but with additional changes to be considered next year for the second year of the budget.

A new low point for government spending based on voted budgets

The conference budget outlines how the General Assembly proposes to spend $25.9 billion in fiscal year 2021-22 and $27.0 billion in fiscal year 2022-23 in general funds. Similar to the lodge and Senate proposed budgets earlier this year, the conference budget will take North Carolina’s investment to a 45-year low of 4.59% of the state’s economy in year one and 4.60% in year two. year. The only exception is fiscal year 2020-21, which was the second year of operation with a continuation budget plus ad hoc budgets. This budget will continue to operate the state with funding levels $7 billion lower than the 45-year average spending as a share of the economy (represented by the dotted blue line in the chart).

Major tax changes guarantee even greater austerity in the future

As first seen in the Senate plan released in June, legislative leaders and the governor agreed to eliminate the corporate income tax, paid by corporations on their profits and thus largely benefiting to non-state companies by the end of the decade. The final budget will also reduce the personal income tax rate, which will benefit North Carolina‘s wealthiest residents the most because of its flat structure.

This permanent shake-up of the state’s tax code will eliminate $8 billion in state revenue each year when fully implemented, ensuring that the state not only fails to meet people’s needs, but will have to also make cuts in areas currently funded by the budget.

Billions transferred to reserves for future capital and savings

Not included in the Main Budget figures are the billions of funds transferred to various General Fund reserves, namely the State Capital and Infrastructure Fund (SCIF) and the Savings Reserve, better known as fund name “Rainy Day”. By the end of the biennium, the SCIF will increase by $6 billion while the savings reserve will see an additional $3.2 billion added to the current balance of nearly $2 billion.

This means that all Current $9 billion in unrestricted cash must soon be locked up for future uses rather than thoughtfully used now to meet the many needs across the state that have yet to be met by action by state lawmakers.

A final budget that does not prioritize the North Carolinas

This final budget is the culmination of months of behind-closed-doors negotiations and political calculations, which followed two similarly crafted legislative budget proposals. Since the start of the legislative session in January, there has never been a public forum where lawmakers have sought input from the people of North Carolina, let alone be transparent about how decisions were made. taken.

This budget process demonstrates a successful effort to advance ideologies that take money out of public benefits that help every North Carolina inhabitant – black, brown, indigenous and white – and into the pockets of wealthy individuals and corporations.

The erosion of the state’s tax code, a longtime goal of legislative leaders, takes a major dip in this plan and with it the exacerbation of an already inequitable system that is sure to get worse as that the state scrambles for revenue and seeks to levy other, more inequitable taxes as a supposed solution.

In other words, North Carolina will be worse off as a result of this budget.

Many have celebrated and will continue to celebrate the small successes included in this budget. These investments are primarily funded by one-time federal funds that will not be sustained in future years and demonstrate a lack of commitment to a long-term vision for a state that can afford many opportunities.

Make no mistake: if we want to create a fairer, more resilient and brighter future where all needs are met, we must reject the current zero-sum strategy – where prosperity for some can only come at the expense of others. – which does not help us to move forward and, in fact, distances us from the vision that we collectively wish for our State.

Suzy Khachaturyan is a policy analyst at the Budget & Tax Center, a project of the NC Justice Center.