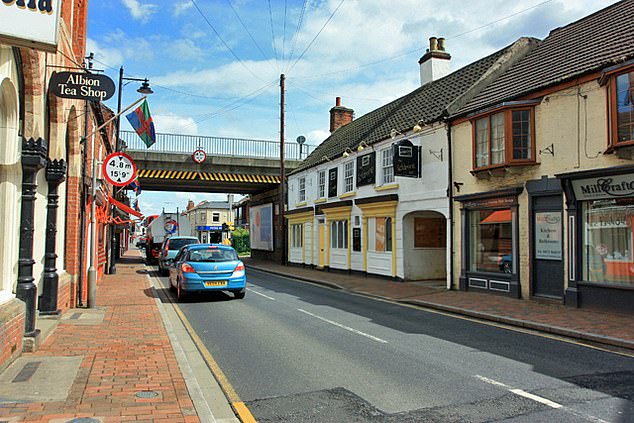 Nearly half a million small businesses could go bankrupt this year due to late bill payments, Small Business Federation warns

By Harry Wise cause it’s money

One of Britain’s leading business organizations has warned that around 440,000 businesses could go bankrupt this year just because they don’t receive their bill payments on time.

The problem of late payments had been made worse by the coronavirus pandemic and was “the problem that keeps thousands of entrepreneurs from sleeping at night,” the Federation of Small Businesses said.

Three in ten companies polled by the group for its Quarterly Small Business Index admitted that this problem had increased in the past three months, while only 6% said new payment terms had been agreed in the past. this period.

Big problem: Three in ten companies polled by the FSB for its quarterly small business index admitted that the problem of late payments had increased in the past three months

The index further found that 78 percent of small businesses saw their costs rise – the highest figure in seven years – with spending, fuel and utilities being the top three drivers of that growth.

At the same time, around three-quarters of UK companies that sell their goods and services in the EU saw international sales decline or stagnation in the quarter and 38% reported a drop in exports.

The findings come as EU companies selling goods to Britain now face new rules requiring them to post full customs declarations and prove their products are duty-free under the laws. rules of origin requirements.

Research conducted by the FSB last year found that only a quarter of small businesses affected by these changes were fully prepared ahead of the new regulations, raising concerns about delays at ports and disruption in the supply chain. ‘supply.

Other rules and controls, such as export certificates for food products of animal origin, fruits and vegetables, will come into force later this year.

The FSB said that if one does not address the growing administrative costs for companies doing business abroad, as well as higher inflation and late payments, the viability of many more companies is seriously threatened.

â€œThe small business community has shrunk in size over the past year and, unless action is taken now to address the challenges it faces, history should repeat itself,â€ urged Mike Cherry, national president of the FSB.

“On top of that,” he noted, “operating costs are rising – many will soon try to make energy deals without the influence of big business or the protections given to consumers.” Small business confidence fell in every quarter of 2021.

Cherry has recommended that the UK government raise the cap on small business rate relief to Â£ 25,000, increasing the employment allowance and introducing a more improved version of the Brexit SME Support Fund to benefit the sector.

The government has yet to make an announcement on its response to a consultation on the new powers of the Small Business Commissioner, an office set up to tackle late and unfavorable payment practices in the private sector.

Among the issues raised was the power to order payments and impose fines.

Changes were also made last year to the Quick Checkout Code, a voluntary program in which companies commit to making payments on time and treating suppliers fairly. Businesses that join the program are required to pay small businesses within 30 days.

A government spokesperson said it is “making important reforms to help small businesses get paid on time, including halving the time to pay in the prompt payment code and consulting on fines and the like. new powers for the Small Business Commissioner “.

“There is a lot of help available to ensure that small businesses are well placed to comply with UK border processes, including personalized advice via the Export Helpdesk.”

Some links in this article may be affiliate links. If you click on it, we may earn a small commission. This helps us fund This Is Money and keep it free to use. We do not write articles to promote products. We do not allow any commercial relationship to affect our editorial independence.

890 5th Avenue Partners: Modification of the initial declaration of beneficial ownership (Form 3 / A)