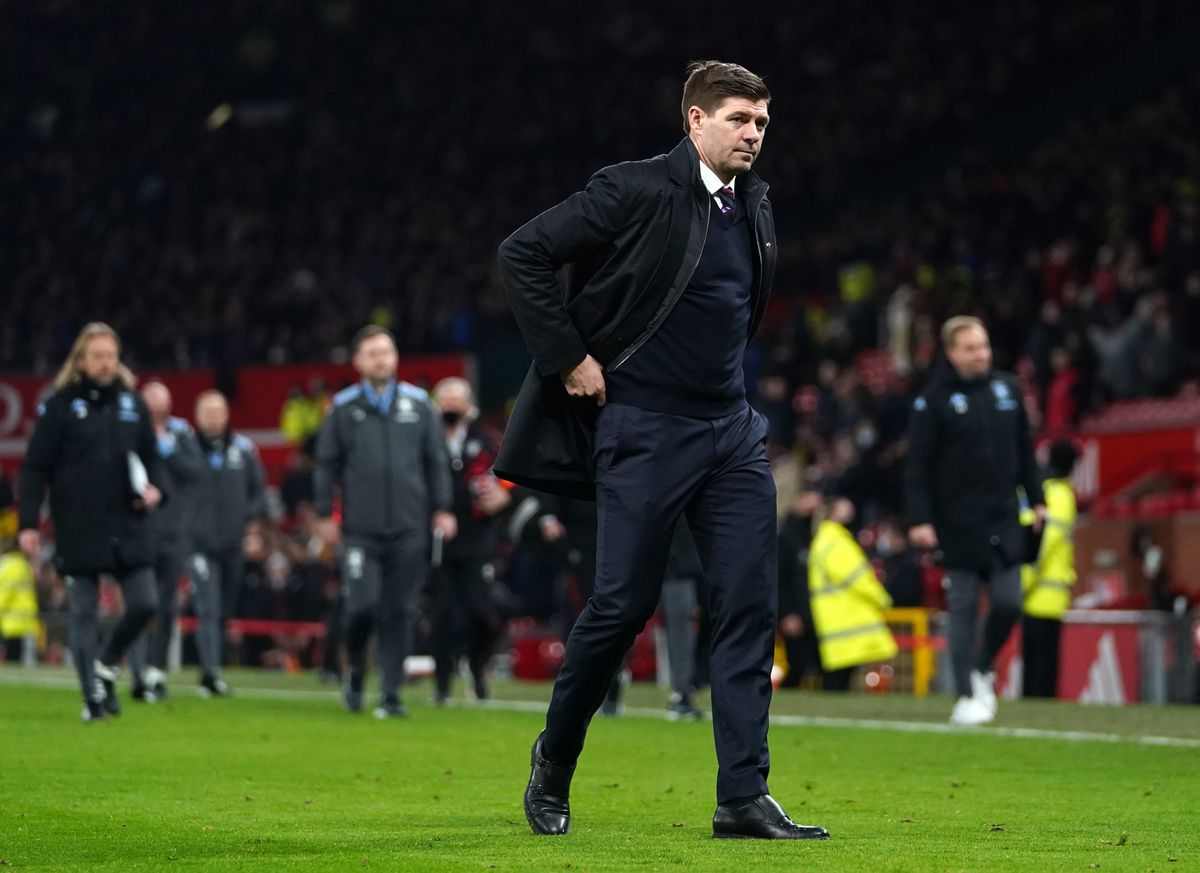 The duo are in contention to make their debuts when Villa host Manchester United tonight.

Their arrival this week has excited supporters and continued a notable shift in club policy away from signing young players with high potential towards bringing in experienced and established names.

Villa’s last three major signings, including summer catch Danny Ings, are all in their 20s and Gerrard admitted there is a growing desire for success now.

He said: “It’s definitely a sign of optimism and ambition, not just from me but also from the top of the club, which is vital.

“We want to move now, we don’t want to wait. When we arrived we knew we had a lot of talented youngsters in the squad who could be fantastic players. We also had those in the “middle age” bracket – Matty Cash, Tyrone Mings and Ezri Konsa – trying to become the best players.

“They are fantastic players already, but they have another level and are still working on it, becoming experienced footballers.

“We felt the group was maybe lacking a few players who had real pedigree, who have won before, who have been there and done it, who can bring a certain level of confidence and conviction to add what is already there.

“The first two signings are statements and players who are ready to help Villa now, not potential, or ‘we’re waiting’ or ‘maybe it’. We know these two players, if we can make them happy and enjoy their football again, will bring a lot to this club.

Gerrard, who has suggested Villa’s business in the window may not be over yet, believes the addition of Coutinho and Digne to the squad can help the development of some of the club’s promising young players.

He explained: “When I was younger I was lucky enough to play with Dietmar Hamann and Gary McAllister at Liverpool, players with real pedigree who had been there and done it before.

“They helped me take my game to the next level, just being around them, watching them on a daily basis.

“If you think about signings now in the building, we have young defenders, midfielders and attacking players who will really admire Lucas and Phil, really appreciate what they have done in their careers and strive to be like them.

“Over the past two days you have seen excitement with the young players and even the older ones in the dressing room that we have signed two players who are ready now, with real pedigree and who still have lots in our view. ”

Villa have opened talks with defender Kortney Hause over a new contract, with a centre-back position the club are also looking for reinforcements in the current or next window.

Gerrard will be without John McGinn by suspension as Villa seek a quick revenge against United following Monday’s FA Cup defeat at Old Trafford. Their last Premier League home win against the Red Devils was in 1995.

Gerrard said: “As a player, if that’s not enough motivation for you, you’re in the wrong building and under the wrong manager, especially after being knocked out of the FA Cup.

“There has to be even more determination to try to change the mood and the feeling.

“The players didn’t think they deserved the result of the match, but we have to accept it, be professional and not feel sorry for ourselves and put on a top performance and really let it go.”