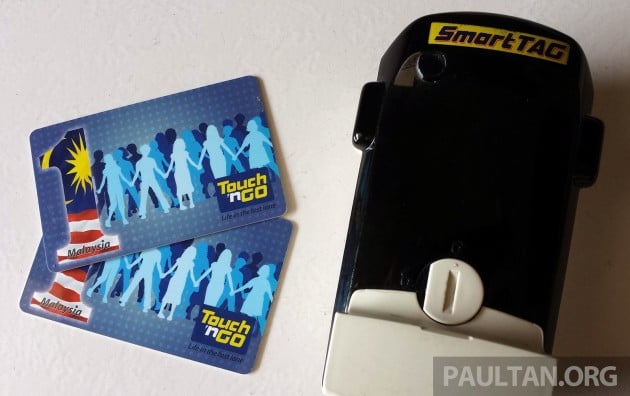 In a press release, reported by the New Strait Times, LLM said a total of 43 SmartTAG lanes will be reopened in stages at 34 toll plazas to ensure smooth traffic flow. He also ordered PLUS to place more personnel in the field with hand-held scanning devices to help RFID-equipped drivers facing problems in RFID lanes.

“PLUS has been tasked to ensure that the performance of the RFID system is improved to avoid congestion at toll booths and to add more RFID fitting centers along the PLUS highway. PLUS is also expected to disseminate information about RFID systems through media channels to increase consumer understanding and awareness,” the LLM statement reads.

The statement should dispel any doubt that RFID is the future of toll payments in Malaysia, despite the current setbacks. Statements by the Prime Minister also underline this.

“Users should have the freedom to use RFID, Touch n Go or SmartTAG,” he told reporters after the Keluarga Malaysia Agricommodity tour program kicked off in Putrajaya yesterday, adding that the firm is of the view that road users must be given a choice, just as was the case when TnG coexisted with cash payments. Toll payments are completely cashless today.

Ismail Sabri suggests a more organic approach, which is to keep the TnG and SmartTAG pathways and let users adapt slowly. “If this is a pilot project, it will take time after several months and then we will leave it to motorists to decide. Eventually, if RFID facilitates their journey, they will migrate to RFID. Don’t do everything RFID. If there are 10 lanes, maybe several lanes for RFID and the rest should be for TnG and SmartTAG. We don’t want to put pressure on motorists,” he said.

RFID for toll payment is not new as it has been in place for a few years in the Klang Valley, although PLUS is doing it on a much larger scale, equipping toll plazas on the Northern Expressway -South from Juru in Penang to Skudai in Johor with RFID tracks. Some of these lanes would have been converted from SmartTAG lanes.

Doc issues statement to judge behind closed doors – The Island