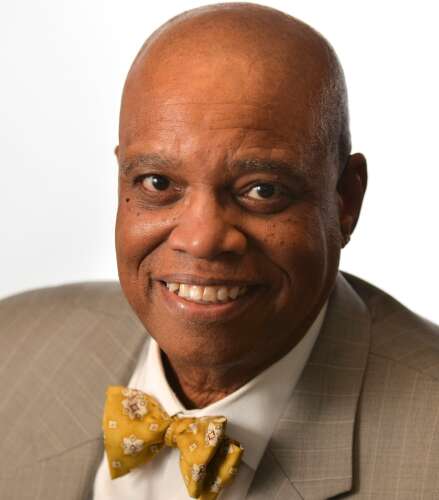 No quick fix for the racial wealth gap – The Royal Gazette

You learn a lot by writing a book, as I did with my last effort, Solving the Racial Wealth Gap: Racism and Discrimination Puts Us Here, But This Is How We Can Save Future Generations. I have researched the history of economic racism that is responsible for the racial wealth gap and the graphic results of this disparity, and offer possible solutions.

Rodney A. Brooks writes about retirement and personal finance for The Washington Post. He left The Post in December 2016

The history of racism, discrimination and violence runs deep. Whenever black Americans made progress, they were legally removed, such as when the city council of Manhattan Beach, California, used eminent domain in the 1920s to keep Bruce’s Beach away from a black couple who operated a resort for black people, or violently, as when the middle-class community of Tulsa, Oklahoma, and dozens of other black communities across the country were set on fire by white mobs. The result is that black Americans lag far behind white Americans in all economic statistics.

Median white family has ten times the wealth of median black family, report says The Economic Impact of Closing the Wealth Gap, by McKinsey & Co, a management consultant. And black Americans can expect to earn $1 million less than white Americans in their lifetime. Prosperity Now, a nonprofit advocacy group, said in a report that the median net worth of black families will be zero in 2053 if nothing is done.

Let’s discuss the pros and cons of improving financial literacy in the black community: the “Baby Bonds” proposal that was introduced in Congress, housing programs that would close the gap between black homeownership and whites and guaranteed income programs that have proven to be extremely successful. And, probably most controversial of all, reparations.

But economist Andre Perry, a senior fellow at the Brookings Institution, said in a column, “Financial literacy classes won’t fix the racial wealth gap: Stop blaming black people for the exploitation that robbed them of their wealth for generations”.

He continued, “While it is wonderful to teach high school students good financial habits, it is absurd to argue that it will narrow the racial wealth gap. Black people can save every discretionary penny for the next 250 years and that still wouldn’t close the racial wealth gap in this country.

There are many who agree with Perry. But many financial experts still believe that financial literacy is a key part of any larger plan.

The idea was first proposed by economists William Darity of Duke University and Darrick Hamilton of the New School for Social Justice. Cory Booker, the Democratic senator from New Jersey, has proposed legislation that would create a federally funded savings plan for every child born in the United States. Accounts would start with $1,000 with an additional deposit of up to $2,000 per year until the child turns 18, depending on family income. The child would then have access to money to buy a house or pay school fees. An analysis by financial services firm Morningstar concluded that baby bonds would halve America’s racial wealth gap after the first children reach their 18th birthday.

But despite having a dozen co-sponsors in the Senate, including Senate Majority Leader Chuck Schumer, the New York Democrat, and nearly as many co-sponsors in the House, the legislation hasn’t moved forward. . He has no Republican support.

California has budgeted for a pilot program that would provide grants to organizations to give participants guaranteed incomes to alleviate poverty.

Stockton, Calif., launched a pilot program in 2019 under former mayor Michael Tubbs in which the city gave $500 a month to 125 residents of low-income neighborhoods in the city for two years. After the first year, a study by independent researchers found that full-time employment increased among those receiving guaranteed income and their financial, physical and emotional health improved.

Mayors for Guaranteed Income, a group founded by Tubbs, says pilot programs have started in a number of cities and counties across the country.

According to the Urban Institute, the homeownership rate among blacks is 42.3%, compared to 72.2% among whites. Without a response, the organization said, black homeownership rates will fall even further by 2040.

The group aims to create three million new black homeowners by 2030 through a seven-point plan to reach its goal within nine years:

The group also called for increased funding for housing counseling services and a targeted down payment assistance scheme.

Darity and Kristen Mullen in their book From here to equality saying that the total amount of reparations should be dictated by the amount needed to eliminate wealth disparities between black and white Americans. This would require an expenditure of $10 trillion to $12 trillion, or $200,000 to $250,000 per eligible beneficiary per year over ten years. This, they say, would align the wealth of black families with that of white families.

And the House Judiciary Committee voted HR 40, a reparations bill, out of committee in early 2021. This bill was originally introduced by John Conyers, the late Democratic Representative from Michigan, in 1989. It there are now nearly 200 Chamber co-sponsors and counting. more than 20 Senate co-sponsors for a national reparations law.

I hope we will see parts of each program enacted over the next few years. There’s a lot more going on with local repairs. We have seen communities like Asheville, North Carolina and Evanston, Illinois pass reparations bills at the height of the social justice movement during the pandemic. And 11 US mayors, including the mayors of Los Angeles and Denver, have agreed to pay reparations to small groups of black residents in their cities. The programs are said to be intended to make up for past wrongs, but the mayors did not give details on the cost of the programs or how the beneficiaries will be chosen.

Roger Ferguson, former chief executive of TIAA, the giant financial services company, probably said it best: “None of these things are magic bullets or magic wands. And the reason I think there’s no silver bullet is that it’s taken us literally hundreds of years to get to this place, and I hope I don’t think that ‘it will take 100 years to fix it, but I think it will take time to undo three of the centuries of damage.

• Rodney Brooks writes about retirement and personal finance for The Washington Post. He left the post in December 2016

A very good result but a concern for cash: Kieran Maguire’s verdict on Sheffield United’s accounts